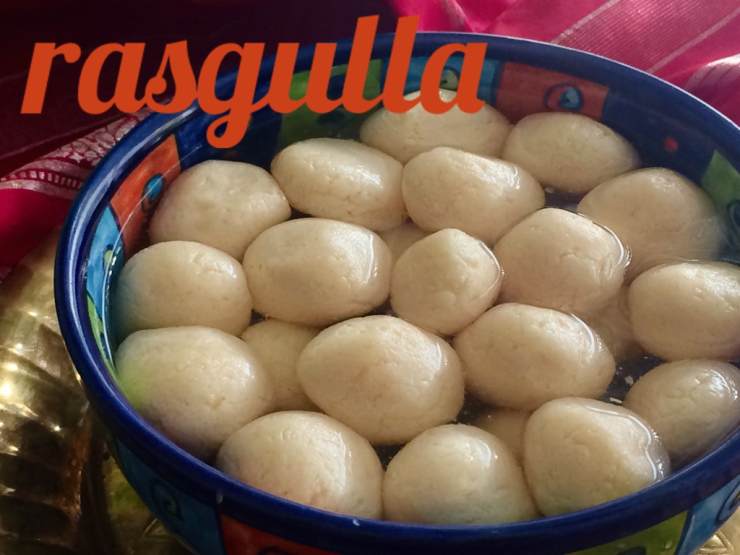 Rasgulla or rasagulla whatever name you call it , is an extremely popular dessert made from paneer.’Rasa’ or ‘Ras’ which means thin syrup . The paneer or chenna as it is called is kneaded into a smooth dough and made into small or medium sized balls. They are then simmered in sugar water in a pressure cooker or an cooktop for 10-12 minutes. That’s it , simple yet very appealing dessert. The sweet originated in West Bengal and is a very popular dessert . The basic recipe is a rasgulla and can be made into many other sweets like chum chum , ras malai and uncooked version is sandesh or as it’s called sondesh. The important thing to note here is to have fresh paneer. This is extremely important to make soft rasgullas. Store bought ones would have been compressed to remove all water and using this would make the rasgullas dry and can break. Also the chenna or paneer needs to be prepared just before make the rasgullas as keeping the paneer for a long time will result in a dry paneer . Making paneer is extremely easy , check out my video below to make fresh paneer at home with ease. Paneer is also made with lemon juice and somehow it retains the taste of lemon. But both the methods can be used but the taste and texture might differ a little.

want to make your own paneer or cottage cheese, check here